Although he is a big fan of smooth, fast stages, the Finn actually claimed his first WRC stage wins at the 2017 Rally Sardegna, before going on to finish an impressive third overall at last year’s event.

In 2017, were you expecting to end the rally as best performer with six stage wins, including the Power Stage, on only your second race in a WRC?

“Just before, at Rally de Portugal, I had the feeling that you needed to be totally perfect in your pace notes and in your driving in order to win a stage. Back then, I honestly thought I’d need more time in order to make that kind of big step forward. You also have to bear in mind that in 2017 in Sardinia, I had the advantage of road position on the Friday, as I started well down the running order. Things went very well for me then, so I hope it can work for me again this year, where I find myself in a fairly similar situation!”

Did you expect to break through on a technical event like this one, which is – at least, in principle – not your favourite surface?

“I don’t know, to be honest. Maybe I found the key to being fast in these conditions. At the time, it seemed easy to stay in the lines, without pushing too hard although it’s equally true that these narrow stages don’t leave much room to slide the car around. It’s up to me to apply the same approach. I’ve always liked this rally and not just for the race itself. It’s a magnificent place, the people are very kind and welcoming, and I also really enjoy the local cuisine.”

For someone like you, who has a gluten-free diet, where is the best place in Alghero to eat a good gluten-free pizza?

“On a boat, with a good chef on board! For the last three years, my family and Janne’s family have hired a boat straight after the rally to swim and relax, and we have spent some excellent holidays together.”

What is your favourite stage on the itinerary?

“They all have some nice characteristics, but I can’t say that I have a favourite stage. The only one that really stands out is Tergu – Osilo, which is where I claimed my first stage win in 2017. It is different in that the road is very abrasive. It’s almost like you’re on tarmac, so you have to be incredibly neat and tidy in your driving.”

With virtually no room for error, Rally Italia Sardegna’s narrow roads can be very unforgiving. Sébastien Ogier and Julien Ingrassia learned this the hard way in the early stages of their career with Citroën. After making their debut with the C2 S1600 as part of the 2008 Junior WRC, they did not return to the event until 2011, this time in a DS3 WRC.

On their first appearance in a WRC in 2009, Sébastien and Julien, despite being newcomers to the top level at the time, made a very strong start to the rally. They were fifth overall, trailing only the top-four crews at the time, when they ran into difficulties and had to retire with a broken suspension on their C4 WRC. In 2010, Sébastien and Julien were making a one-off appearance at the rally, which was held that year as part of the IRC, when a technical problem forced them to retire. However, they finally ended their poor run the following year, despite a scare near the finish. Third overall with two stages left, after a very close battle with Mikko Hirvonen and Petter Solberg, the French crew hit one of the many loose stones that are common on this unusual surface and dropped down to fourth. A minor setback, which did not detract from the clear improvement they had made at this round. 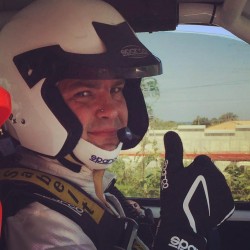 Follow me
Latest posts by Giuseppe Di Gesù (see all)